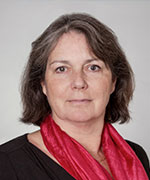 Robin Mayor is a Barrister and Attorney, currently not practicing. She was a Director at Conyers Bermuda, heading the insolvency and restructuring practice prior to her retirement in 2018. Her practice, which spanned over 30 years, centered around financial restructuring of corporate entities and the liquidation of companies. An active participant in the firm’s scholarship committee for many years, Robin was also mentor to many young trainee lawyers in the Firm.

A former President of the Bar Association, a Founding Member and first President of the Restructuring and Insolvency Specialists Association, and a Director of INSOL, the international educational organization for restructuring and turnaround professionals, Robin has chaired and spoken at industry conferences around the world during her years of practice, including insurance and reinsurance conferences. She regularly contributed to industry and legal publications and is Co-Editor of “Cross Border Judicial Cooperation in Offshore Litigation (the British Offshore World)”.

As an active participant in Bermuda’s non-profit sector, Robin is